Due to coronavirus government has ordered to shut down the operations. We are very sorry to inform you that we can not ship your order this time. We will update you once we receive orders from government to resume our operations. Dismiss

NUC Kit – Next Unit of Computing BOXDC3217IYE in Pakistan

While ShoppersPk.com is a best store to buy Computer Products in Pakistan. We Delivers in Karachi, Lahore, Faisalabad, Islamabad, Peshawar, Quetta, Multan, Rawalpindi & all Pakistan. In other words, we do Fast deliveries, top customer support, easy returns are the reason customers buy from ShoppersPk.com! especially Buy in lowest Prices in Pakistan

Design and Features
The DC3217BY comes with Intel’s D33217CK motherboard, which measures just 4-by-4 inches and includes a non-removable ultra low voltage 1.8GHz Core i3-3217U processor and the QS77 Express chipset. The board is small, so there’s not much room for expansion but Intel managed to squeeze in two mini-PCIe slots (one half length and one full length) and two SODIMM memory slots. The NUC supports up to 16GB of dual channel DDR3 1066/1333 MHz RAM but you have to supply your own memory as it is not included in the kit.

Optional components include an mSATA solid state drive and a Wi-Fi/Bluetooth radio, neither of which are included in the kit. However, Intel was kind enough to send along one of their 180GB SSD 520 Series drives and a Centrino Advanced N-6235 Wi-Fi/Bluetooth card for testing purposes. The recommended list price for the drive is $189 and the Wi-Fi card will run you around $25, so you’re looking at a cost of over $500 for a fully configured NUC. Additionally, you’ll have to supply your own power cord as one does not ship with the kit for some reason.

The NUC chassis measures 4.4 x 4.6 x 1.5 inches (HWD) and weighs around 17 ounces. It sports a glossy maroon cover with a maroon power switch on top. The front of the matte black base holds one of three available USB 2.0 ports. The other two are around back, nestled between a power jack an HDMI port, and a Thunderbolt port. Oddly, neither version of the NUC supports USB 3.0, and only the DC 3217IYE offers an integrated LAN port. Graphics power comes by way of Intel’s integrated Graphics HD 4000 solution, and there’s a built-in wireless antenna.

Assembly and Performance
There’s not much assembly required with this kit other than installing RAM, the Wi-Fi card, and the mSATA drive. All you’ll need is a regular Philips screwdriver to remove the four screws that hold the cover in place and a smaller jeweler’s Philips screwdriver to install the internal components. Once the cover is removed you have to remove two small screws located near the mini PCIe slots. Install the Wi-Fi card first in the half-height slot on the bottom, attach the two antenna leads, and secure it with one of the screws. Next, install the mSATA drive in the full-height slot, above the Wi-Fi card, and secure it with the remaining screw. Then, install the memory modules. I used one 4GB DIMM, which snaps into place just as a notebook module does (in fact, the 4GB of RAM came from a notebook).

After replacing the cover it was time to fire up the NUC. I used an external USB DVD drive to install Windows 7, which went off without a hitch. The NUC also supports Windows 8 as well as Linux based operating systems such as Fedora, Ubuntu, and OpenSUSE. Once the OS was installed I went to Intel’s NUC website and downloaded the chipset and wireless drivers. The entire process took less than 30 minutes from start to finish.

The NUC’s Core i3 CPU, mSATA drive, and 4GB of RAM produced an impressive PCMark 7 score of 3704, surpassing the HP Pavilion P7-1235 and the Acer Aspire AM3470-UC30P. It’s important to note that this particular test favors solid state drives, which accounts for the NUC’s high score.

On the Cinebench R11.5 test, which gauges raw CPU power, the NUC couldn’t keep pace with the Core i5 powered Giada i53 Mini PC or the AMD A8-5500 powered HP P7-1235. Its Handbrake encoding score of 2:32 was relatively slow but still managed to beat the Aspire by one second.

Conclusion
For home user’s, the Intel Next Unit of Computing is an ideal home theater PC solution that delivers third generation Core i3 processing and wireless connectivity to media storage and DLNA enabled devices. Moreover, its tiny form factor and VESA mounting capabilities are tailor made for businesses that rely on digital signage for things like hospitality kiosks and big screen advertising. Granted, it’s not going to replace the desktop as your everyday workhorse, but it’s not designed for that purpose, at least not yet. The lack of USB 3.0 support is odd considering the NUC is all about advanced technology, and it is relatively expensive given its performance and expansion limitations. That said, the NUC is neat little box with loads of potential. It’ll be interesting to see how it evolves and if it will indeed become the future of computing. 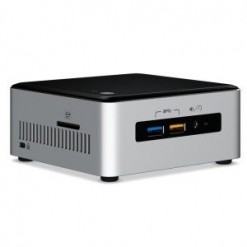 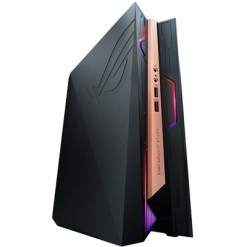 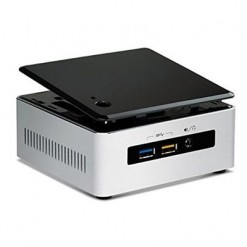 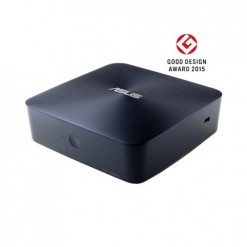 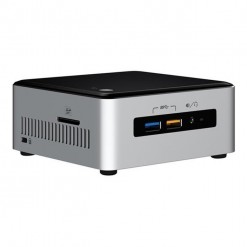 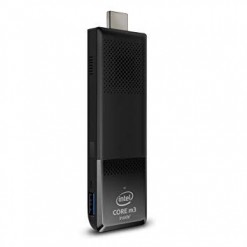 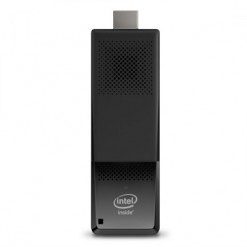