Due to coronavirus government has ordered to shut down the operations. We are very sorry to inform you that we can not ship your order this time. We will update you once we receive orders from government to resume our operations. Dismiss

While ShoppersPk.com is a best store to buy Computer Products in Pakistan. We Delivers in Karachi, Lahore, Faisalabad, Islamabad, Peshawar, Quetta, Multan, Rawalpindi & all Pakistan. In other words, we do Fast deliveries, top customer support, easy returns are the reason customers buy from ShoppersPk.com! especially Buy in lowest Prices in Pakistan

The GIGABYTE patent “Alternate Spinning” is the only solution that can solve the turbulent airflow of three fans. The biggest problem with the three fans is turbulence. Since the fans rotate in the same direction, the airflow direction is opposite between the fans, which will cause turbulent airflow and reduce heat dissipation efficiency. GIGABYTE turns the middle fan in the opposite direction, so that the airflow direction between the two fans is the same, reducing the turbulence and enhancing the airflow pressure.

The airflow is spilt by the triangular fan edge, and guided smoothly through the 3D stripe curve on the fan surface, effectively enhancing the airflow.

The 3D Active Fan provides semi-passive cooling, and the fans will remain off when the GPU is in a low load or low power game. It allows gamers to enjoy gameplay in complete silence when the system is running light or idle. 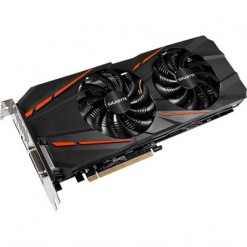 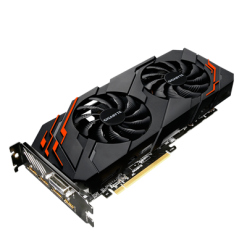 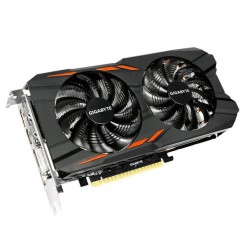